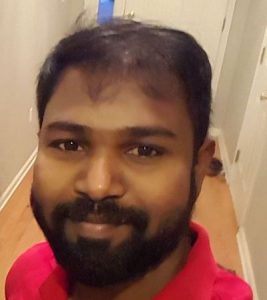 Thulasi first got interested in the piano during high school years fooling around with a friend’s keyboard. After tasting some initial success with his innate piano skills, he was smitten. This new interest was spurred on by the music scene with Rahman & Ilayaraja leading the pack. He promptly registered at the Trinity School of music, to understand the rudiments of music and to explore western classical techniques. Since then, Thulasi has performed with his college band in venues across Chennai and has collaborated with many professional artists. To name a few, he has arranged music for A.R.Raihanah, collaborated with Keith Peters- Bass Guitarist and so on.

He enjoys composing, arranging and mixing his own music at his home studio. He is also the Lead Keyboard player in an Indian band called Jersey Rhythms, which is a successful band in New Jersey for the past 15 years and performed over 80 concerts, so far. These days he is into contemporary jazz, progressive house, dubstep and film scoring. 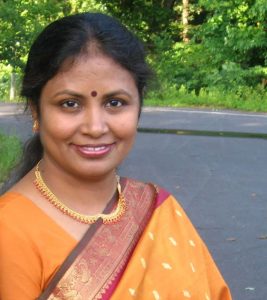 As for the community service, I am always an active participant in Tamil Sangam of Greater Washington and a life member. I was in the Tamil Sangam board from 2007- 2018 and served in all the positions of Tamil Sangam, except the President post. I am one of the board of trustees of the Ellicott city Tamil school and teacher of this Tamil school since 2003. Currently, I am teaching the high school juniors to attain the Biliteracy seal from the State of Maryland and one of my proud acclaim is that six of my students got through their written and oral test and will get their Biliteracy seal in their high school transcript this year. Also, an active participant and never missed a FETNA event from 2003.

As for my personal interests, I am a big time movie buff and interested in dance and music. 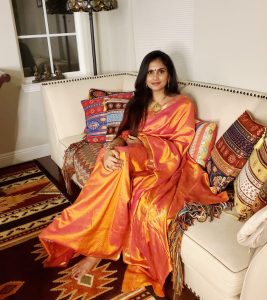 Prasanna Karthik is a trained Carnatic singer and Odissi Dancer. She has performed in various cultural events from childhood and also has sung in All India Radio (AIR) several times. She is also trained in Hindustani music in Temple of Fine Arts, Singapore.

She has given stage performances in Singapore, India and Los Angeles. She believes classical music and dance are the background for making a beeline and setting a solid foundation for film music, or any dance form.

About the Author: Vijay Selvaraj